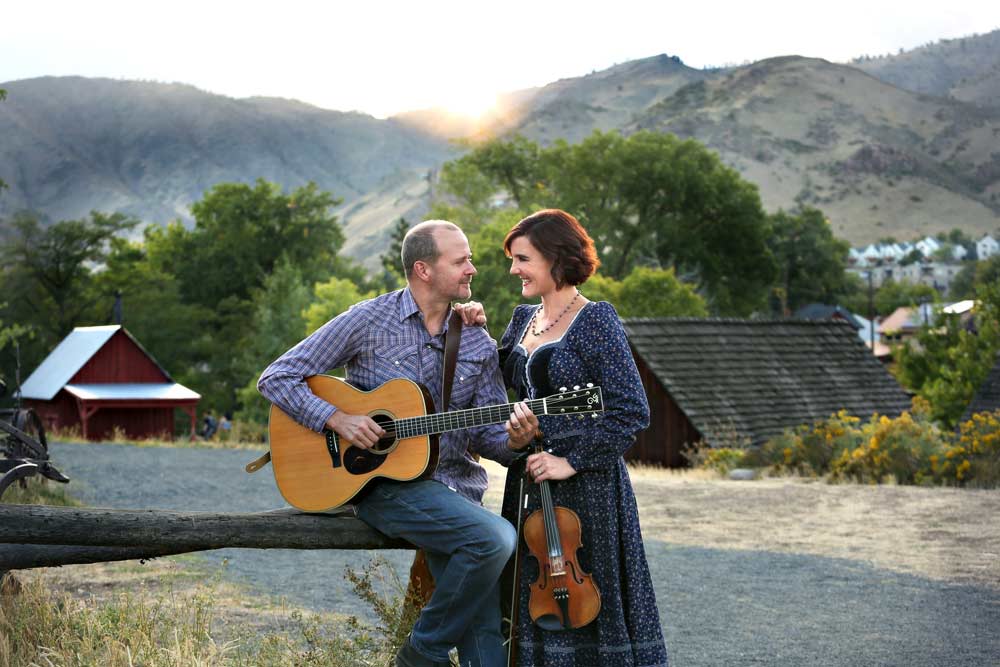 It Was a Snowy Night…

It was a snowy night in the town of Evergreen, Colorado, and the regulars at Cactus Jack’s Saloon were packed around the bar tight as a rugby scrum, seeking the warmth of body heat and double whiskeys. Outside the snow fell fast, and the wind beat against the front window where my reflection stared back at me in the fogged glass- plaid shirt, neck beard, furrowed brow- looking like a skeptical lumberjack.

I was not a regular. I wasn’t there to mingle or make friends or drink away the pain. My business was purely mercenary. I was the mandolin player for the band. We called ourselves “Woodfire”- a ragtag four-piece acoustic outfit that could pass for a respectable bluegrass band to anyone with limited knowledge of bluegrass or respectability. We were there to complete the scene-to make some mountain music in a mountain bar in a mountain town. For purposes of authenticity I was also high.

I looked around at the bar as the huddled masses funneled in, unbundling themselves as they b-lined for the bar.

It seemed to be our kind of crowd. A Saturday night crowd. The kind that didn’t need us to have a good time. Lively enough to drown out our mistakes, and drunk enough to not care about them in the first place.

As long as we stayed in time and slightly more sober than the crowd, it was easy money, albeit not much.

We played the first set and took a break. I took a seat and poured myself a Budweiser from the band pitcher. I took a drink, savoring the beechwood, and the satisfaction of completing a first set that didn’t include hurled projectiles in our direction, when, out of the corner of my eye, I saw her. She was leaning against the pool table, hand stretched out across the surface. I never felt more envious of felt. She was a black haired beauty, long and lean. It looked like she wandered in from a movie set.

The next thing I knew I was next to her.

“Hi,” she said, and her smile increased the temperature in the bar by couple a degrees.

“Can I pour you a beer?” I said, offering the pitcher, which registered my nervous energy.

Pretty, quick, and funny. Totally out of my league.

I poured her a beer and we talked and laughed until I was summoned to the stage for the second set. And so we played, and the music was free and easy. And she danced to my playing, and I played to her dancing, and I danced to her dancing to my playing. And then more people started dancing, and before long it felt like Footloose, and I felt like Kevin Bacon, in that I felt connected to everyone.

After the gig, it was back to to the chalet that the band had rented for the night. Outside the snow continued to fall, while inside we made a fire and broke out the guitars, trying to remember any song we hadn’t performed earlier. She sang along in perfect harmony. “Wow,” I thought, “beautiful, funny, and the voice of an angle”. At one point there was a lull and she grabbed one of the guitars. “Mind if I play one of my songs?”, she asked, and I prepared myself. “Here’s where the bubble bursts”, I thought.

“Okay”, I thought, “beautiful, funny, the voice of an angel, and the poignant lyricism of a young Joni Mitchell.” The full package.

She finished her song, and for a moment we were all quiet, not wanting to break the spell she had cast over us all.

So I said the only thing that would come to mind: “Let’s you and I get married, start a band, and have some kids, though not necessarily in that order.” And I’ll never forget what she said, “Okay”.

And here we are…