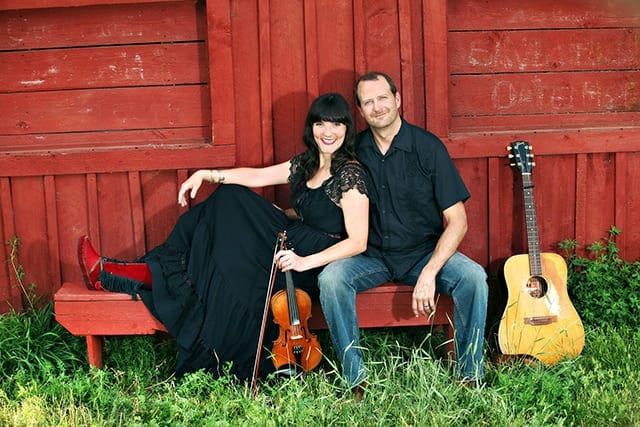 He Said, She Said

This is the first official “Old Fuss and Feathers” blog post. Any other blog claiming to speak for “Old Fuss and Feathers” is unofficial and will be hearing from our lawyers. This also goes for the estate of General Winfield Scott, the stodgy old bugger who originally earned the moniker for his insistence on proper military etiquette. “Why start a blog?” you ask, with the implicit assumption that people don’t read blogs anymore or much of anything for that matter, outside of tweets and Facebook posts. That’s a good question, but to answer it would be to admit that we have an agenda, a plan or even a clue. What we have is a love of music, and a desire to make it, share it and perform it. Hopefully this blog will be a companion to our musical endeavors and offer a window into the creative life – with maybe a few random recipes and movie recommendations thrown in for good measure. And now, where to begin? Well, I suppose we should start at the beginning..

He Said, She Said

Her:    I’ve heard it said that a woman marks the important events in her life not by the place, date or even the season, but by the outfit she was wearing. So it was when I stepped out of my car into the swirling wind whipping through the parking lot of Cactus Jack’s Saloon on a Friday evening in early spring. I wore a brown cotton shirt with an off-the-shoulder boat neck and 3/4 length sleeves, paired with a Diesel denim pencil skirt purchased secondhand at the Capitol Hill Buffalo Exchange in Seattle shortly before my move to Colorado. And on my feet, snakeskin brown pumps I earned manning the register at a warehouse sale for a friend’s family shoe company. All in all, it was a highly impractical outfit for the mountain town dive bar I was entering and the spring blizzard they were predicting for the night, but through all my young life’s various stages and styles, practicality was never much of a consideration.

I was there to meet up with a girlfriend, and offer her moral support at her new beau’s final gig with his bluegrass band. I entered the bar feeling a mixture of excitement and anxiety, and joined the small crowd of stocking cap wearing women and neck bearded men sauntering about the place. The music was enjoyable, beer was cold and my friend, thoroughly enamored with her new man. I leaned against the pool table in an attempt to look casual, and when the band took their first set break, the mandolin player with the happy feet and piercing blue eyes suddenly appeared at my side. We made casual conversation, his banter peppered with lighthearted insults and an impressive vocabulary, until he was teasingly called back on stage by his band mates for their final set. After the show, we were all invited back to a nearby chalet where some of the folks were staying for the night. The mandolin man carried me in from the car, as the snow that had been falling steadily that evening had accumulated well above the tops of my impractical shoes. We all settled in for the night as they played and we drank and the flurries of glittering snow swirled outside the cabin window. I’d just started playing music again myself, after a long hiatus following years of Suzuki violin lessons throughout my childhood and teenage years. At that point, I had three chords and two original songs in my repertoire and I was eager to share them but timid about chiming in. But as the night was winding down and people started slinking off to bed or curling up on the carpet for a few hours rest, I finally seized my opportunity. With trembling fingers and a shaky voice I played my songs for the dwindling group of listeners. “You’re like Joni fuckin’ Mitchell!” said my mandolin man, and to this day, it remains one of the best compliments I’ve ever received.

I can remember distinctly what he was wearing that night, too – a buffalo plaid flannel shirt and faded jeans – in part, because he wore the exact same thing on our second, third and fourth dates. And the rest, as they say, is history. After twelve years, two kids, ups and downs, and countless late night jams, I’m still just as smitten with my twinkly-eyed, toe-tapping mandolin man.. and couldn’t imagine my life without that Old Fuss by my side.